Project Ideas // What is the Ideology of a National Park?

2. National Parks: Before, Now, After (Book or Magazine, discussing impact of our economic and social ideology on Earth).

1. Photo of Family watching TV while sitting on the sofa, but environment is barren & Burn't

3. Juxtaposition Photo: Car in Field vs Deer in City

What is the Ideology of a National Park?

"this increase in designated conservation has been accompanied by a strong ideology that people are bad for natural resources. Policies and practice have, therefore, both encouraged exclusion and discouraged local participation. As a result, social conflicts have grown in and around protected areas, and conservation goals themselves have been threatened."

National Parks are socially constructed by governments of nations. They are the nations parks. Each nation will choose it's national park based on there own gaze.

The American National Parks typically are designated in areas that are largely untouched and where very few privileged individuals can live. Mexican National Parks on the other hand, choose theres based on cultural value and where conservation is most needed to draw attention to those areas.

The United Kingdoms body of the National Park was largely influenced by the United States of America. In 1951 the first National Parks of the UK were established: Peak District, Lake District, Snowdonia, and Dartmoor. You can see that these areas are largely also untouched by humans, and where very few have the privilege to live financially and socially.

Today the most recent National Park to be introduced was The South Downs National Park, which happens to be the hometown of my youth. Since 1951, I don't feel a lot has changed regarding the selection process of what we see as a National Park. The British/American gaze of what a national park should be is based on identifying what landscape has largely been untouched by humans, and to preserve it at all cost in the new epoch called The Anthropocene.

In my view this approach is extremely direct and helps stop largely private companies from industrializing these beautiful and sublime landscapes.

Historically white and nuclear (families) societies have dominated the world through colonialism, and this has lead to devastating impacts on other cultures. The areas selected for National Parks in the UK also happen to be rural societies where largely white and middle/upper class people live, and where 75% of the land is privately owned. The accessibility to work or visit here is limited as poorer families living in urban environments would find it a struggle to break from living in the box of a city.

I feel that National Parks have two conflicting ideologies, they preserve the Earth and show us what the world could be like if Human activity was so minute, but the model of a National Park also brings social concerns.

"As increasing numbers of people lived and worked in cities, many experience a sense of longing, for their rural heritage" (Blurden and Carry, 1990, p.23)

This quote makes me question that because we are in the Anthropocene, that perhaps means access to nature has become privileged. No longer is nature truly accessible to humans due to these social issues, are we no longer apart of the Natural World as animals? But now as dominators?

2. Promote Opportunities for the understanding and enjoyment of special qualities that parks bring.

2. Public Access Conflicted with visions for the Conservation movement.

3. Process of Establishing Parks was slow, 1949 the national park bill was passed in parliament, it took two years to establish the first parks. It was difficult for landowners to agree on how the land should be accessed and protected.

4. Private land Owners own 75% of the UK national Parks

Local Preservation has been successful for the National Parks. - No radical change for improvements since 1949.

However international environmental issues such as climate change, are still a threat to every corner of the planet as well as national parks.

Imbalance of Species - Decline in woodland bird populations (50%) where deer are present, extreme increase of Deer. Ecosystem needs a balance of wildlife, too many or little deer will affect the population of other wildlife. 2 million deer exist in the UK. highest level for 1000 years

The Future of National Parks ultimately depends on how governments change there environmental policies to reduce or reverse the increasing global average temperature.

The Condition of National Parks are inevitably dire as long as long as humanity continues with polluting the earth. Inevitably the conservation work from volunteers and scientists of national parks will all be for nothing, unless the we can reduce our human activity on the planet, by perhaps radically changing our economic structure and social culture...

“I believe the biggest challenge facing National Parks in the next two decades is proactively engaging young people and new volunteers, because volunteers are a major part of the national parks – without new volunteers coming in operations might not run normally.” - Adam Philip Phillips 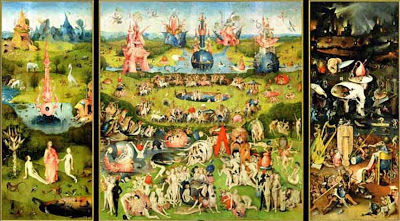